“Ah, not to be cut off, not through the slightest partition shut out from the law of the stars. The inner — what is it? if not the intensified sky, hurled through with birds and deep with the winds of homecoming.” – Rainer Maria Rilke

The big outer planet transit that shaped 2015 was the Uranus/Pluto square. It had seven exact passes from 2012 through March of 2015. This, like the Uranus/Pluto conjunction of the 60’s, was revolutionary and somewhat destructive.

What are the major planetary aspects that we will experience in 2016? 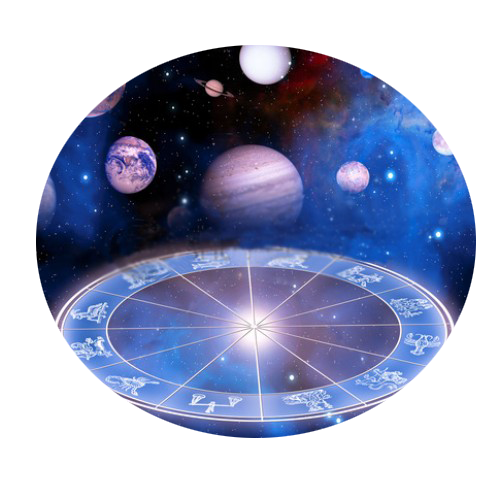 We have the faster moving configurations, such as the Sun, Mercury, Venus, and Mars contacting the outer planets. These are regular and methodical. I will briefly go over the hard Sun aspects as an example, beginning with Pluto, the planet of death/rebirth and transformation.

The Sun will conjunct Pluto on January 5th at 15° Capricorn, square it at 17.27° Aries on April 6th, oppose Pluto at 16° Cancer on July 7th, and finally square it again at 15° Libra on October 7th. These days will bring crisis points, confrontations and breakdowns, especially if you have Cardinal placements near 15 degrees.

Next is nebulous Neptune, the Sun will conjunct it on February 28th at 9.30° Pisces, square it on June 1st at 12° Gemini, oppose it on September 2nd at 10.3° Virgo, and finally square it again on November 30th at 9.16° Sagittarius. While Sun/Neptune in hard aspect can bring inspiration and spiritual elation, it often instigates deception, illusion, and confusion. Anyone with mutable placements near 9 degrees will be most affected.

Sun square Uranus, the disruptive awakener, happens on January 7th at 16.30° Capricorn, Sun conjunct Uranus on April 9th at 20.30°Aries, another square on July 16th at 24.30° Cancer, and finally the Sun opposes Uranus on October 15th at 22.30° Libra. Sun/Uranus always brings surprises, and while they are often abrupt and unsettling, they ultimately transform our lives to make them both more liberating and authentic.

The Sun/Saturn cycle begins with a square on March 5th at 16° Pisces, the opposition is on June 2nd at 13° Gemini, another square on September 2nd at 10° Virgo, and finally the conjunction next December 10th at 19° Sagittarius. Sun/Saturn brings inhibition, separation, and ultimately karma. So if you deserve a harvest you will receive it, but if you have created problems, then you will be held accountable.

Finally the Sun/Jupiter cycle brings expansion, and sometimes over-expansion. We begin with an opposition on March 8th at 18° Pisces. This coincides with a New Moon Solar Eclipse making it even more potent. The first square is on June 4th at 14° Gemini, the conjunction will happen after Jupiter enters Libra on September 10th. The Sun conjoins Jupiter on September 26th at 3.30° of Libra. The Sun/Jupiter square won’t happen until 2017.

The Jupiter/Uranus cycle is of particular interest, as it often brings innovations and scientific breakthroughs that shift the current paradigm. Jupiter will oppose Uranus on December 26th, 2016 at 20.33° Libra/Aries.

Saturn will trine Uranus on Christmas Eve, December 24th, 2016 at 20.30° Sag/Aries. Saturn stabilizes the innovative change of Uranus. I have been personally experiencing this transit from both ways in my natal chart, with a trine from Saturn to my natal Uranus, and from Uranus to my natal Saturn.

Saturn square Neptune, which we experienced for the first time in November of 2015, will come around again at 12° Sag/Pisces on June 17th, and again on September 10th at 10.25°. Reality (Saturn) crosses swords with illusion (Neptune) ending in disappointment. The next time these two meet in hard aspect won’t be until 2025 when they will be conjunct in early Aries.

A great example of this type of Saturn/Neptune action is the debunking of a magic trick.

For instance the picking a card illusion that has been making the rounds of the Internet. The second deck that you see actually has 5 new cards, so no matter what card you choose from the first deck it does not appear in the second deck. As you are so concentrated on your card, you don’t even notice that all the cards are different.

Now for everyone’s favorites, the Retrogrades.

The most popular one of course is Mercury, however Mars will go Retrograde on April 17th at 8.54° Sagittarius. Mars only retrogrades once every 2 years. It will go direct at on June 29th at 23.04° Scorpio. Mars is energy, anger, and courage, when it goes Retrograde is a bad time to initiate lawsuits and assertive measures.

We will have four Mercury Retrogrades in 2016:

Astrology works through the acausal principle of synchronicity, thus the apparent movement is the relevant factor. Mercury rules communication and moving parts. Mercury Retrograde is not a good time to sign contracts, buy anything with moving parts, launch new businesses or jobs, or to travel. It creates havoc with communications and people often have fender benders or minor injuries. It is good for anything with a “re” in front of it, such as redo, revisit, or return. For instance, if you were considering starting a new job, Mercury Retrograde would not bode well for your success. However, if it is a job that you previously had and were returning to, then it would be a propitious time.

Finally, let’s have a look at everyone’s love life for 2016.

The Mars Retrograde will put Mars in the signs of Scorpio and Sagittarius for almost 10 months, so things should heat up for anyone with personal planets, especially Venus in those signs. The only thing to watch out for with Mars Retrograde is a whirlwind romance that quickly dissipates.

Venus will form five hard aspects with Saturn this year beginning with a conjunction on January 8th at 12° Sagittarius. While Venus/Saturn aspects can sometimes bring separation and loneliness, it can also bring a proposal of marriage.  The first square happens with Venus in Pisces on March 25th, the day Saturn stations Retrograde at 16.24° Sagittarius.  We get the opposition on June 3rd at 13° Gemini/Sagittarius. And the final square on August 13th at 9.46° Virgo/Sagittarius, unbelievably this happens on the same day that Saturn turns Stationary Direct. We get a second conjunction this year of Venus and Saturn in Sagittarius on October 29th at 14°.

If this is not the year that you get married, then let this be the year that idealistic Saturn in Sagittarius takes your art to an inspirational level.

Venus is love and art and Sagittarius is the farseeing philosopher. The dramatic stations at the two squares I think is no coincidence.

Ainslie Faust Ainslie Faust is an intuitive, Jungian-based astrologer.  Ainslie holds an MA in counseling Psychology and a PhD in Philosophy and Religion with a concentration on symbol systems and Jungian Psychology. With over twenty-five years experience in astrological counseling, Ainslie brings a unique, artistic perspective, to her workshops and readings.

Colleen Vanderzyden  is a Spiritual Life Coach who specializes in personal growth, self-discovery, and empowerment.  Colleen’s passion is to help people live an inspired, empowered and fulfilling life. In 2000 she channeled a message that changed her life. Within that message was the phrase, “Be who you are, for who you are is blessed.”