Astro Heroes to be featured at Heroes and Villains Convention

“This is an epic cosmic story.” – Ptolemy

(AYRIAL) What would the world look like under twelve Astro Heroes?  You’ll have to read the first issue of  best selling author and astrologer Constance Stellas’  graphic novel series; Tree of Keys: Threshold of Fire.  The story traces the journey of 12 orphans as they transform into Astro Heroes based on qualities, talents, and challenges of each star sign…and save the world. Their motto is: FIGHT EVIL WITH YOUR OWN TALENTS!

You can meet Constance Stellas along with the Villain, NEFOS, a Heroine, ZALINDA, and orphans Rusty, Scarlett, Tori, Zeke, and Lulu dressed in costume and directed by Kristen Kress Parness at the upcoming Heroes and Villians FanFest on July 2nd-3rd. Booth 311.  The costumed actors will be improvising and mounting a tug of war for the loyalty of theses bold kids.  Come find your special key from The Tree of Keys.  Tickets available for purchase at the Meadowlands Exposition Center 355 Plaza Drive, Secaucus, NJ 07094.

The Heroes & Villains Fan Fest convention is the brainchild of actor Stephen Amell (Oliver Queen on Arrow) and James Frazier, organizer of the zombie and horror convention Walker Stalker.  The convention is focused on fan interaction with the celebrities and creators behind television shows, movies, and comics. As with many comic related conventions, you can expect to see many people decked out in their best cosplay. 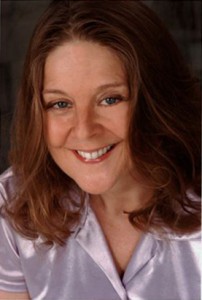 Sought after as an expert astrologer by the media, Constance has been featured as the Resident Astrologer for the international magazine for PRESTIGE Magazine Singapore for five years. Additionally, she has been featured in The New York Times, Marie Claire and Working Woman.  She’s been a frequent guest on several New York TV morning and radio shows, including Cosmo Magazine’s Radio to talk about the influence and impact of the planets.

Launched in 2015, AYRIAL is a technology-driven “body, mind & spirit” lifestyle platform with its office based in Atlanta, GA.  AYRIAL allows users who seek exceptional psychic, intuitive consulting, astrologers, life coaches, feng shui consultants to easily connect with them and to keep them engaged with exclusive digital content. www.AYRIAL.com