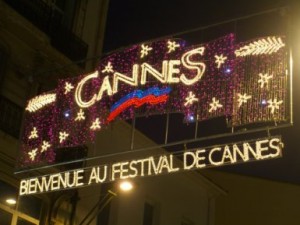 CANNES, France – Arclight Films is proud to represent the much-anticipated cinematic adaptation of Peter James’ bestselling crime novel DEAD SIMPLE. James’ books have sold more than 15 million copies and have been translated into 35 languages making him one of the United Kingdom’s most popular crime writers.

Currently in the development phase, the thriller will build upon the world-class suspense novel’s already substantial fan base by bringing the darkly gripping tale to life for a larger audience on the big screen. Not only an award-winning crime novelist, James is a veteran Hollywood producer and financier who includes the star-studded Shakespearean drama THE MERCHANT OF VENICE starring Al Pacino among his many illustrious credits. For DEAD SIMPLE, James will produce with long-time collaborator and writing partner James Simpson, and Leighton Lloyd. Gary Hamilton (MERCHANT OF VENICE, LORD OF WAR, THE BANK JOB) will co-produce.

“I love writing and I love cinema so I’m looking forward to taking my own novel back to the arena where I began my career,” said Peter James. “Producing this film with a truly compelling storyline and a character I am passionate about while maintaining a voice in how it will translate to the screen is an empowering challenge I cannot wait to meet head on.

Based in England, DEAD SIMPLE’s tension mounts as our unorthodox hero, Detective Roy Grace must get to the bottom of a stag party prank gone wrong. An unapologetic trickster bridegroom is meant to taste a bit of his own medicine when his groomsmen bury him alive but when they are killed in a car crash, Grace is called in to find the missing would-be married man before it’s too late. Compounding the chilling drama, the detective’s wife has also mysteriously disappeared.

“Clearly, people love a good crime tale, said Hamilton. “They always have and always will. Look at Jack Reacher, a gritty police drama never goes out of style. But Peter tells detective stories in a unique way, especially in DEAD SIMPLE. I’m looking forward to seeing such a heart-stopping novel find its way to a wider audience. It makes perfect sense that such a visceral tale will find a home in cinemas where the drama can come to life.”

Producers James and Leighton say that, “Cannes is the perfect place to find like minds who want to see more smart storytelling in unconventional but entirely accessible and commercially appealing ways. After all, these characters are human beings, flawed, with their own feelings. They just happen to be placed in extraordinary circumstances which is where the best stories exist.”

Arclight Films is one of the world’s leading international sales companies for theatrical, television and home video and is celebrating its tenth year in business. Arclight Films has sold over 130 motion pictures including the 2004 Best Picture Oscar® winner CRASH, and 2007 Golden Globe® Best Picture Nominee BOBBY.

Arclight Films maintains a presence at all major motion picture and television festivals and markets with offices in Los Angeles, Sydney, Hong Kong and Toronto.