From Addiction To Successful Businesswoman − This Expert Speaker Wows Audiences

From Addiction To Successful Businesswoman − This Expert Speaker Wows Audiences 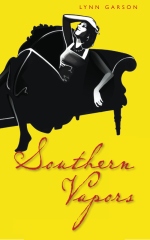 (MediaQuire) Atlanta, GA-  While Lynn Garson is anything but ‘extinct,’ she describes herself to audiences as being like a “Dodo Bird.” To her knowledge there is no one else out there today who struggled for a lifetime with addiction, depression and other issues, went through the mental health system on the inside, was close to suicide at least twice, spent three decades on multiple combinations of psych medications – and came through to the other side as a highly successful businesswoman working for a top-rated national firm. With no sense of stigma about her history, Lynn is not only willing to be open but is able to be articulate about the experience!

What makes Lynn’s story so unique is that she comes from one of Atlanta’s most prestigious families − but there is a price tag that came with privilege; the constant requirement to maintain the right image at all costs. The misery that accompanied this produced a lifetime of struggle for Lynn, who found her lowest points as a patient in not one, but three, different mental hospitals.

Lynn Garson has also written about her life in Southern Vapors (CreateSpace); a story of a life growing up in the privileged south, the quintessential heiress-in-waiting in the big white house like Tara, traveling the world and living a life of glamour. Her book is wry, poignant, witty and right on target – giving readers a look at a world that was missing the typical familial warmth, and the damage that resulted from it.

Lynn’s reflections on that time undeniably portray her dry sense of humor: “I used to think I was unbearably unique,” she says. “Later I came to understand that I was the quintessential Baby Boomer….by the time I thought it, felt it, ate it, smoked it, drank it or wrote about it, most of my generation had either already done the same or were right there with me.” Something about Southern Vapors strikes a chord with almost everyone.  Readers and reviewers call it: “a cathartic masterpiece,”  “beautifully written,” and “after fifteen years as a reviewer, the BEST autobiography that I have read that is not of a public figure.”

Part of what makes Lynn Garson such an inspiring and motivating speaker is that her story resonates with so many people; anyone who has battled depression, or whose life didn’t turn out the way they thought it would, or has gone through a divorce, or anyone who suffered the consequences of growing up in a dysfunctional family, can relate. She is living proof that anyone can re-invent themselves and go on to live a productive, happy and successful life.

Lynn Garson graduated from Tulane University and has lived around the world. She has three children and currently lives in Atlanta. Lynn is a highly popular motivational speaker who has something memorable to contribute on topics including depression, eating disorders and/or addiction, family issues, and more. Southern Vapors is her first book and is currently being adapted for the stage. For more information on this remarkable woman, please visit: www.southernvapors.com.