Part psychoanalyst.  Part researcher.  Part writer.  One thing is for certain, Alma H. Bond, PhD is a prolific writer.  And she has 19 published books to show for it. 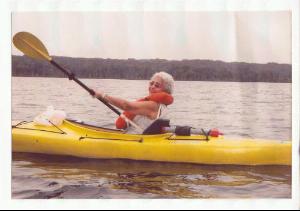 “I am a  psychoanalyst. For 37 years, I had successful practice on 5th Avenue and Manhattan in New York City.  One day, I was in a horrific car accident that left me in a coma with several broken bones. The doctors didn’t expect me to live.  Miraculously I survived and when I came out of my coma, I had a strong desire to become a writer,”  says Bond.

Dr. Bond’s writing journey started out bittersweet.  She moved to sunny Key West, Florida known for its gorgeous sunsets and yet she was reminded daily of her mangled hand.  The accident left her right hand badly damaged and she was suffering from muscular dystrophy which was turning it into a claw.

With a voice of determination, Bond tells me, “I told myself, I’m not going to write this book unless I can use my right hand to type on my computer.  I believe the exercise of my typing my first book healed my hand completely. If I had not had the desire to write and type, my hand may have never healed.”

Bond wrote night and day and published her first book “Who Killed Virgina Woolf“.  She has been writing a book a year ever since including her soon to be famous “On the Couch” series published by Bancroft Press.  She received a Pinnacle Book Achievement Award for Jackie O: On the Couch.  And to be released this Fall, “Marilyn Monroe: On the Couch” – her 19th book.

How do you interweave your analytic work into your writing?   “I continue my analytic work on paper instead of in person with the person. What I did is move that knowledge – of helping people – into the minds of these highly creative women such as Camille Claudel, Maria Callas and Margaret Mahler. ”

You obviously like to write about strong women, what in particular motivated you to write about Maria Callas and Camille Claudel?  “I write about people that I admire greatly. And I’d go so far as to say, people that I want to be; I certainly want to be a great writer like Virginia Woolf – I’d love to be an Opera singer but I can’t sing,” she says with a laugh.  “I wrote about Camille Claudel who was a great sculptor and that’s another thing I’d like to be. I can’t do all those careers in one life time and do it well, so I do it vicariously through these women I love to write about.”

Let’s talk about your first book, what was unique about Virgina Woolf?  “She was way ahead of her time. Virginia Woolf  was a beautiful writer and a couple of her books just carry me away, no matter how many times I read them. She was a great poet. Since she was the basis of my first book, in essence she was a role model for me.”

How does Virginia Woolf compare to women of today such as Michelle Obama or Hillary Clinton?  “Virginia Woolf was a feminist before there was a such a thing.  In one of her books “A Room of One’s Own,”  she describes a meal she was served while at Oxford.  She describes the delicious food served to the men students and she compared it to the awful garbage that was served to the woman students. In those days women didn’t think that men were treated any differently, ‘that’s just the way it was’.  But Virginia did not think ‘that’s the way it is’ and did whatever she could to bring to public consciousness that women should be treated as equals to men.”

I’ve read that Virginia Woolf was sexually abused by her brothers, do you think it was her physical and emotional pain that was  the driving force behind her ambition?

“That incident, if it happened at all was greatly over rated. There are some who believe that such people as Quentin Bell who wrote her biography wanted a best seller, and made up a story.  Other people don’t think that happened at all.  I believe she had far worse problems on a deeper level from the time she was 2 1/2 month old infant.

What was her driving force that led her to exercise that level of ambition?  “Virginia Woolf had a great hunger to express herself and I think she was genetically gifted. She was surrounded by writers; her father, mother, grandfather and uncle who encouraged her to write.  Her godfather, James Russell allowed her the free use of his extensive library. She was a genius – I think she came by writing naturally. I suspect she never thought about being anything other than a writer – that’s who she was, a writer.”

Describe Virginia Woolf’s personality; was she outgoing, a great cook – did she ever marry?  “Yes, she was married to Leonard Woolf. I think the defining thing about her personality is that she had bipolar disease.  She was manic depressive and withdrawn to spending all her time in bed to being hyper active. One time she talked for 4 days straight without stopping and attended a party bubbling over with joy. It was difficult to know which Virginia Woolf you were going to see – they were as different as night and day.

Do you think she had a split personality?  No, she suffered from bipolar disease which is excessive mood swings.  Today people get prescribed medication but back then there wasn’t even lithium available. She’d be sick for months and months in a depressive phase.

What type of research and preparation did you do to prepare to write about  Virginia Woolf?  “I read dozens of books on her, and I don’t think anyone understood the depths of her personality. In my book, “Who Killed Virginia Woolf?“, I bring my psychoanalytic background to light the people who I think contributed to her illness – I speak of what I think about those particular people in her life that could have prevented her suicide.  In other biographies, nobody else asks ‘why’?  Why was she psychotic, why was she a genius or why did she kill herself?

Why do you think Virginia Woolf killed herself? “You have to read the book to find out why –  everybody let her down.  All the people I think could of helped her, for one reason or another did not do so. Also it was World War II and they were being bombed night and day.  Add to that stress the fact her husband was a Jew and they were terrified of what would happen if the Nazi’s came to England. I go into her early background and discuss intensively her relationship with her mother, her father, and her sister and how I think the personality they helped form led to many of her problems and led to her suicide.

Your book sounds fascinating and clearly you offer a fresh look into the life of Virginia Woolf.  I look forward to reading your book; “Who Killed Viriginia Woolf.”

Describe a day in your life as a writer?  “The first thing I do is try and remember my dreams.   If it’s a good dream, I write it down.  I use my dreams a lot and I am good at interpreting them.  Sometimes I get an unconscious hint from my dreams about one of my characters that I’m writing about which takes me to a place that I could not have gotten to consciously.  I do extensive research, which I am now on Hillary Clinton, the subject of my next biography.

I write all day and sometimes well into the night…

SOCIAL TAKES:  “When I was a kid I wanted to be a movie star and actress – I never did, but I did marry a movie star; Rudy Bond. He worked with  Hollywood legends including Paul Newman, Marlon Brando and James Dean.”  Sun Sign: Aquarius.

Alma H. Bond, PhD, is a psychoanalyst and the author of 19 published books.  She received her Ph.D. in Developmental Psychology from Columbia University, graduated from the post-doctoral program in psychoanalysis at the Freudian Society, and was a psychoanalyst in private practice for thirty-seven years in New York City. She “retired” to become a full-time writer, but now maintains a small practice in addition to writing. Her last book, Margaret Mahler, a Biography of the Psychoanalyst, received two awards: Best Books Award Finalist, USA Book News; and Foreword Magazine s Book of the Year Finalist.Her Maria Callas book, The Autobiography of Maria Callas: A Novel, was first runner-up in the Hemingway Days novel contest.

Her books include: Camille Claude: A Novel; Old Age is a Terminal Illness; Who Killed Virginia Woolf?: A Psychobiography; Tales of Psychology: Short Stories to Make You Wise; I Married Dr. Jekyll and Woke Up Mrs. Hyde; Is There Life After Analysis?; On Becoming a Grandparent; America’s First Woman Warrior: The Story of Deborah Sampson (with Lucy Freeman); and a children’s book, The Tree That Could Fly.  See a complete list of Dr. Bond’s books.    *Stay Social – Alma H. Bond on Facebook.