Levitation Author Researcher talks about The Man Who Could Fly

Levitation. Out of Body Experiences. Near Death Experiences. Learn about The Man Who Could Fly on AYRIAL’s TalkTime

The Man Who Could Fly examines what lessons we can learn about the untapped mysteries of the human psyche from the accounts of this extraordinary man.

(MediaQuire) Today, AYRIAL TalkTime host, Victoria lynn Weston talks with author & researcher Michael Grosso about his fascinating book, The Man Who Could Fly, St. Joseph of Copertino and the Mystery of Levitation.   Click audio PLAY button above and listen to the interview! 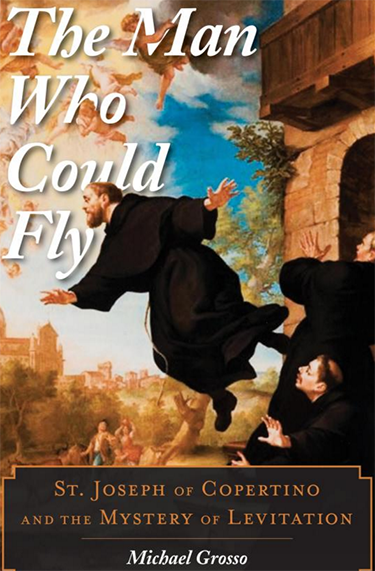 St. Joseph of Copertino began having mystical visions at the age of seven, but it was not until he began practicing his faith as a Franciscan priest that he realized the full potential of his mind’s power over his body—he was able to levitate. Throughout his priesthood, St. Joseph became famous for frequent levitations, which were observed on hundreds of occasions and by thousands of witnesses, including many skeptics. Michael Grosso delves into the biography of the saint to explore the many strange phenomena which surrounded his life and develops potential physical explanations for some of the most astounding manifestations of his religious ecstasy. Grosso draws upon contemporary explorations into cognition, the relationship between the human mind and body, and the scientifically recorded effects of meditation and other transcendent practices to reveal the implications of St. Joseph’s experiences and abilities.

Michael Grosso is presently an independent scholar, and has taught humanities and philosophy at Marymount Manhattan College, City University of New York, and City University of New Jersey. He is actively affiliated with the Division of Perceptual Studies at the University of Virginia and on the Board of Directors of the American Philosophical Practitioner’s Association, and is a past editor of the Journal for that Association.

Victoria lynn Weston has worked as a professional psychic/intuitive consultant also known as “the corporate psychic” for over 15 years.

Based in Atlanta, Georgia, Victoria has been a featured guest on dozens of radio, television shows and print media including; the Atlanta PARADE magazine, The Atlanta Business Journal, ABC Nightline, ABC Talk Radio; CNBC; BUSINESS WEEK Online; INTERNATIONAL HERALD TRIBUNE, WIRED NEWS and THE NEW YORK TIMES. Victoria is also the President and Founder of AYRIAL.com and MediaQuire.com.