MARGARET MAHLER: A Biography of the Psychoanalyst

MARGARET MAHLER: A Biography of the Psychoanalyst 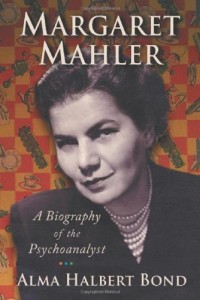 Margaret Mahler was from a young age intrigued by the theories of Sigmund Freud and Hungarian psychoanalysts such as Sandor Ferenzci, with whom she became acquainted while a student in Budapest.

Forced to flee Europe and rising anti-Semitism, Margaret and her husband, Paul, came to the United States in 1938. It was after this move that Mahler performed her most significant research and developed concepts such as the ground-breaking theory of separation-individuation, an idea which was given credence by Mahler’s own relationship with her father.

This volume details the life and work of Margaret Mahler focusing on her life’s ambition–her psychoanalytical work. Her experiences with the Philadelphia Institute and her definitive research through the Masters Children’s Clinic are also discussed.