My Life After Death – exploring life after death

Is there a heaven?  What is it like to die?  Do spirits communicate with the living?

Three out of four Americans believe there is life after death.* The idea that death is the final act is being dispelled by many—doctors, health care professionals, authors, mediums, and lay people alike—so that now, the idea that our consciousness exists beyond death is not something kooky or far out, it is actually becoming part of the collective zeitgeist.

Until her son’s untimely death in 2009 at the age of twenty, Dr. Elisa Medhus, a practicing internist and mother of five, was a skeptic. Almost immediately after his death, Erik’s family began sensing his presence. With her “science-based education”, Elisa was taught that something was “real” only if it could be perceived by one of the senses or measured by an instrument. An agnostic herself, she was raised by two atheists who believed there was no life after death. After his death, she was left wondering, “Does Erik still exist in some form, and if so, where is he?”

Three days after Erik’s suicide, Elisa received a call from her father, who, in a panicked voice, described how he was sitting in his chair reading when suddenly he looked up to find Erik standing in front of him. Then he said Erik changed into a little boy version of himself, and crawled onto his lap. He was so startled—he didn’t know what to believe!

Elisa sought out mediums, or spirit translators, to help her with her grief and to help her figure out what might was going on some very unusual phenomena, that continues today, started happening. What Elisa learned was the amazing truth—Erik was reaching out from the other side.

With the help of renowned spirit translator, Jamie Butler (withloveandlight.com), Erik has been able to communicate with his mother through two books, and with hundreds of thousands of people around the globe via the blog, channelingerik.com. The blog gets over 210,000 hits per month. The Channeling Erik youtube.com channel has thousands (averaging 3K-173K) of hits for each show. People want to know what’s next.

My Life After Death: A Memoir from Heaven (September 2015), written by Erik with his mother as his transcriber and Butler as his translator, is a raw and compassionate memoir from the other side. Erik explains his death, transition, heaven, God, angels, and the new life he discovers, as well as his newfound service as a spirit guide: “I help people become more comfortable with death and what happens afterwards,” he explains.

Dr. Elisa Medhus offers a heartfelt, deeply moving story that invitesreaders to question their own beliefs of love, loss, and the afterlife.” (Eben Alexander, MD, author of the NY Times bestseller Proof of Heaven (Praise for My Son and the Afterlife)

Buy the book on Amazon – My Life After Death. 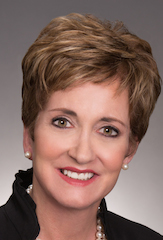 Erik Medhus is an eternal twenty-year-old young man who passed away on October 6, 2009. From his new place in Heaven, Erik’s main occupation is as a spirit guide who helps those who struggle with their human experience, and he is the inspiration and contributor to the Channeling Erik blog and community. With candor, sincerity, and humor, Erik shares his own experiences and explorations of what happens after death in the first book of the series My Son and the Afterlife (October 2013) by his mother Elisa Medhus, MD. Now Erik’s full story, a memoir from heaven, is brought to the forefront in the follow-up title, My Life After Death.

Elisa Medhus, MD, is a physician and mother of five who has practiced internal medicine for over thirty years. She is the author of three award-winning parenting books, including Raising Children Who Think for Themselves and Hearing Is Believing, and has lectured on parenting for schools, parent groups, and corporations. After the death of her twenty-year-old son Erik, Dr. Medhus began journaling her grief in her blog ChannelingErik.com and wrote the successful book My Son and the Afterlife. She lives in Houston, Texas.