On the stage and on screens both big and very, very big, the actress is proving she can do it all.

(MediaQuire) Describing an actress as evoking old-Hollywood glamour might be the most overused—and rarely true—descriptor in the lexicon of film writing. Still, it’s hard to watch actress Patricia Clarkson on screen and not be somehow struck by her old-school gravitas—a quiet, smoky-voiced intensity that effortlessly radiates a kind of steely intelligence. Hers is a screen presence that brings to mind the casual weightiness of Lauren Bacall or Barbara Stanwyck—a non-showy way of moving through a scene that makes you want to keep your eyes on her for as long as the camera holds her in its frame. In a youth-obsessed industry in which innocuousness is increasingly the goal, the 54-year-old Clarkson is a wonderful anomaly. Few actresses of her generation are as convincingly empathetic or, at times, as coolly terrifying as Clarkson (her performance as the German drug addict Greta in 1998’s High Art comes to mind). And it’s to her credit that even at her stormiest, she remains either someone you feel like you’ve known or, as is more often the case, someone you’d like to.Though she’s been acting on both stage and screen for nearly three decades, it wasn’t really until the early 2000s that the New Orleans-raised actress established herself as a darling of indie cinema. In 2003, Clarkson’s performances in The Station Agent, All the Real Girls, and Pieces of April not only garnered her a slew of award nominations (including an Oscar nod for April), but those roles also elevated her from the ranks of respected character actor and lauded theater actress to that of a bankable Hollywood player—a position that she has continued to approach with more than a little caution. 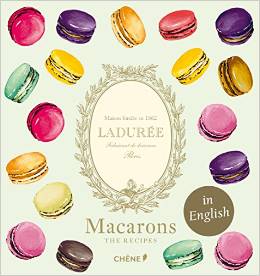 This fall, Clarkson once again returns to the stage in Scott Ellis’s new Broadway staging of The Elephant Man, starring opposite Bradley Cooper. The play, which both Clarkson and Cooper starred in two years ago, stands in contrast to the actress’s other projects, which include both indie fare (the upcoming comedy Learning to Drive, starring opposite Ben Kingsley, and the IFC-distributed psychological thrillerOctober Gale) and a recurring role in the teen adventure franchise The Maze Runner. Clarkson recently chatted with old friend (and occasional onscreen husband) Stanley Tucci about upcoming projects, onscreen parenting, and the fact that, as far as Clarkson is concerned, acting is literally the only thing she’s good at.

LOVE THE UNPREDICTABLE. I LIKE NOT KNOWING WHERE I’M GOING NEXT AND THE SURPRISE OF IT ALL.— PATRICIA CLARKSONSTANLEY TUCCI: How are you doing?PATRICIA CLARKSON: I’m good. I’m sitting in my bed in New York with my little dog. I mean, I got up early for you. TUCCI: [laughs] That’s very kind, seriously. So, Learning to Drive just debuted at the Toronto Film Festival. How did that go? CLARKSON: Well, you know, eight years of my life went into that film … and it went very, very well. It was an exhausting but exhilarating experience being there with people I love and projects that mean a lot to me. But there were a lot of dresses and a lot of hair and makeup. [laughs]TUCCI: Right. It’s not like you’re coal mining …CLARKSON: Oh, God, no. I was with people who had worked very hard on this film and it was great to see that work come to fruition. It’s so serendipitous, our business, and you just have to have the right people come together at the right time, and we did. TUCCI: Are you excited to go back to The Elephant Man? I saw you do the play at Williamstown [Theatre Festival] two summers ago. It was just fantastic. And I’m not just saying that because you’re my friend and people are listening in on our conversation. [Clarkson laughs] And Bradley Cooper—I thought, “Oh, yeah, all right. He can act.” I’m kidding. CLARKSON: We start rehearsals again in about a week. I haven’t played Mrs. Kendal for two years! I’ve got to get the swagger back and get the lines and the timbre and the tempo and everything. Get her character back into my body. The body has great muscle memory, and I think it will all fall back into place—hopefully quickly—but it’s still frightening, going back to something. The first time around we found as much as we could in the play in a short span of time, and now we’ll just pick up from where we left off. A lot of what we had will be there again, and we’ll also have something that is, I hope, deeper, funnier, and more truthful. Alessandro Nivola, Bradley Cooper, and I really do have a connection—a deep connection that lives offstage—and we bring it onstage every night.TUCCI: You know, I didn’t sense that at all. I’m kidding. CLARKSON: [laughs] Thank you … and scene! TUCCI: But you are also balancing some film roles.CLARKSON: Somewhere in the middle of the play, I have to do the second installment of Maze Runner. They’re going to divvy it up on my days off, though I might have to miss a performance or two of the play. I’m hoping not. TUCCI: Well, let me know when that happens, and I’ll be sure to go to the show on that day. [Clarkson laughs] I’m looking through your credits here …CLARKSON: Oh God. You have to look at my credits? Aren’t you in 90 percent of them? TUCCI: You know what I found out? I’m not. This last year and a half has been really, really busy for you. You said once that acting is the only thing that you’re good at. Is that true? CLARKSON: Well, it’s the only thing I really know how to do. You know all of those actors and actresses who have secret talents? Like you have many talents, Stanley. TUCCI: [coughs] Yes?CLARKSON: No, you do. A lot of actors are capable of many things and are good at several artistic forms, but I’m not. They sing, they dance, they act, they paint, they play the drums …TUCCI: But you are so good at what you do. You’re serious about what you do, but you don’t take yourself too seriously. I think the thing for me, if I may say, that makes you so good is that you’re incredibly bright. You always want to tell the truth of it and will do whatever that requires—even if it’s sacrificing something. Instead of trying to look really pretty, you’ll do something that might make you look less pretty. You’ll do whatever you need to find the truth in that role, and to me that is the most exciting thing. But also, you bring a great intelligence to everything that you do, as well as a profound sense of irony. CLARKSON: Really? TUCCI: You’re one of my dearest friends ever, but you could be friends with somebody and not … Well, actually, I can’t be friends with somebody who isn’t really good—I’m kidding! But it’s really great when you see somebody you love who just keeps getting better and better. Maybe this is a silly question, but what is it now that you want to do? What is it that you’re looking for now as you continue to act, having had such a great variety of roles over the years? I hate this question when I’m asked it. CLARKSON: I know. TUCCI: But is there anything? CLARKSON: What I long for is to always be taken in many directions and to sometimes not know where that direction is. That’s why I always struggle when doing a TV series. It’s just that I love the unpredictable. I like not knowing where I’m going next and the surprise of it all.

TUCCI: It’s the catch-22, isn’t it? That we’ve chosen this life because we don’t want to know what’s coming next. We like the sense of …CLARKSON: Of danger? Yes. TUCCI: Well, danger and of incredible insecurity. And then, at the same time, we all go, “Oh my God, I haven’t worked in blah blah blah.” “I’m old.” “I’m worried!” “Why didn’t I do something else instead?”CLARKSON: Right. “Will this all suddenly just go away?” TUCCI: “Will I disappear?” Yeah. CLARKSON: And because I can’t really do anything else, whatwill I do? [laughs]TUCCI: You can move in with us. Felicity [Blunt, Tucci’s wife] has a full-time job, so it’ll be fine. CLARKSON: Oh, thank God you married an honest woman! But, you know, Stanley, we’re not 25, and it is also lovely that we’re more in demand now than we ever were, which is a rare thing …TUCCI: That’s because a lot of people are just dropping dead because they’re so old. CLARKSON: [laughs] I’ll take it! No, but there is comfort in hitting a certain place in this business finally where I don’t think we’re taken for granted. People know we’re here. And if you do enough work that enough people have seen, and likedyou in, you put the odds in your favor. TUCCI: There used to be this stigma, years ago, where if you’re an actor, you sort of just do one thing. If you make movies, you do a certain kind of movie. Or you only did TV or you only did theater. And now there is this great crossover. HBO really started this. And suddenly television became a really interesting venue for actors and directors and writers. Then you have these huge movies, like me being in The Hunger Games and you being in The Maze Runner. CLARKSON: Your teeth in The Hunger Games still haunt me.TUCCI: Oh, me too. But what’s so great about these big movies is that they actually make us more well-rounded actors. And it’s nice because you can actually make some money. And they’re fun. You get to experience a whole new audience. I mean, finally I’m making movies that my kids can see. CLARKSON: You know, Stanley, wherever we go, we’ll forever be the parents from Easy A [2010].  TUCCI: I’m so happy about that. You have no idea. CLARKSON: It’s so lovely that we’ve done something memorable like that together, and that everybody wants us as their parents because of that film. TUCCI: People say, “Are you really like that as a parent?” And I say, “God, no. ” Like, I wish. CLARKSON: And I can say—since I will never be a parent—”Yes, I’d be like that as a parent.” [laughs]TUCCI: Colin Firth is in Woody [Allen]’s new movie with Emma Stone [Magic in the Moonlight]. And I was saying to him, “How is it that we are the same age, but you get to play a romantic interest and I, on the other hand, played her father?” It’s so unfair! CLARKSON: Look, I’m the mother of everyone in my movies. All of my children are so attractive, though. It’s just something I take to the bank.

STANLEY TUCCI IS AN EMMY AWARD-WINNING AND ACADEMY AWARD-NOMINATED ACTOR, WRITER, PRODUCER, AND DIRECTOR. HE APPEARS IN THEHUNGER GAMES: MOCKINGJAY-PART 1, OUT THIS MONTH.