(MediaQuire) Friday the 13th elicits different reactions for different individuals: for some, it’s just any other day.  For others, they refuse to leave the house on the off chance the day will bring with it bad luck.  The latter may seem a bit, well, crazy.  But is it really?

In light of 2013’s first Friday the 13th (another occurs in December) Findery, a new discovery platform that brings the places around you to life through little-known details shared by others, has uncovered some downright interesting, and somewhat disturbing , facts/stats/occurrences from past Friday the 13th. Think Torture, death via a haircut and a 50% increase in traffic accidents.

We are planning a blog post for later this week highlighting some of the creepiest characters that have 13 letters in their name, including Charles Manson, Jeffrey Dahmer and Osama Bin Laden. We’d be happy to share the blog post in its entirety before it goes live next Wednesday, September 11, at 9 am PT.

If you are interested in exploring this topic further, check out Caterina Fake (the founder of Findery and Flickr), who can discuss the 13 letters list, what other Findery community members have relayed regarding Friday the 13th and why this date is cringe worthy…it is only a date, right? 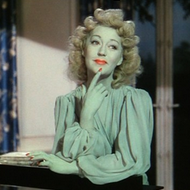 Ms. Spooky is a British ex-pat who moved to New York City in the 1930s to attend Sarah Lawrence College. Her father was a newspaper editor in London. Her mother died in a car crash when she was ten. She died a mysterious death while aboard a sailboat with friends off the coast of Martha’s Vineyard, which is still unsolved. Hovering between the world of the living and the dead, Madame Spooky is on a quest to solve her own death. While she roams the world in search of clues, she reports on locations of paranormal interest to the living.  https://findery.com/MadameSpooky