Gloria Steinem gets North Korea Support to walk across DMZ

Women’s group, including Steinem, gets North Korea support to walk across DMZ

(MediaQuire) UNITED NATIONS — North Korea has decided to support a proposed walk across the demilitarized zone between the two Koreas by prominent women including Gloria Steinem, and organizers say they hope South Korea will give its approval as well.

Co-organizer Christine Ahn told the Associated Press that North Korea gave permission this week after she visited Pyongyang. The walk proposed for May 24 is a call for reunification of the two countries.

The DMZ is the world’s most fortified border, with the two Koreas still technically at war. The walk would mark the 70th anniversary of the division of the Korean Peninsula.

The walk would include two Nobel Peace laureates, and Ahn says North Korean women will walk with the group from Pyongyang to the DMZ.

Organizers of the effort called WomenCrossDMZ.org have said they hope for 30 women to cross from North Korea to South Korea on May 24, which is International Women’s Day for Disarmament.

Officials from South Korea’s Unification Ministry, which handles the country’s affairs with the North, and the UN Command said they have yet to decide whether to allow the women to walk across the DMZ.

The DMZ is one of the most highly charged places in the world. Hundreds of thousands of soldiers face off across the heavily mined zone that separates South Korea from closed-off, nuclear-armed North Korea.

Ahn said she had meetings in Pyongyang in the past week with officials from the country’s Overseas Korean Committee and Democratic Women’s Union. She said she received support to hold a symposium in North Korea on women and peacebuilding as well.

“I wish I knew how the ultimate decision was made, but at this point I’m just relieved that at least we have Pyongyang’s cooperation and support,” Ahn said in an email.

A North Korean diplomat to the UN, Kim Song, last month told the AP the proposal was being discussed in his capital.

Ahn and the other participants also are calling on UN Secretary-General Ban Ki-moon, a South Korean, as well as President Barack Obama and the leaders of North and South Korea to take the necessary actions to finally end the Korean War with a peace treaty. The war ended in 1953 with the armistice.

The women would like to cross the DMZ at the village of Panmunjom, which straddles the border and is the place where troops from North and South come closest, just a few yards (meters) from each other.

The women have said they take heart from successful crossings of the DMZ by five New Zealanders with motorbikes in 2013 and by 32 Korean Russians by motorcade last year. Both had permission from both sides.

Ahn has said the women are being advised by former UN Ambassador Bill Richardson, and that the UN Command at the DMZ has said they would be willing to facilitate their crossing once South Korea’s government gives its approval. 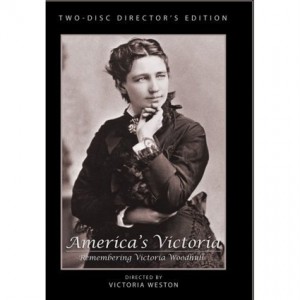 AMERICA’S VICTORIA is a wonderful chronicle of the life of one of the most important and unrecognized women in US history. Although she was a radical suffragist, she refused to restrict her Presidential campaign to the issue of women’s suffrage.Instead, she advocated a single sexual standard for men and women, legalization of prostitution and reform of marriage. AMERICA’S VICTORIA combines rare archival images, Woodhull’s own words (ready by KATE CAPSHAW), and illuminating interviews with contemporary feminist, GLORIA STEINEM to present a fascinating portrait of this remarkably brave woman.

If you spliced the genes of Hillary Clinton, Madonna, Heidi Fleiss and Margaret Thatcher, you might have someone like Victoria Woodhull. – Atlanta Journal & Constitution