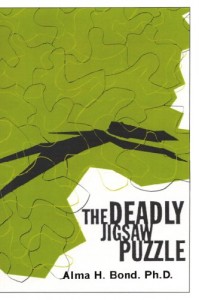 My patient, Veronica Vail, was murdered in her Park Avenue apartment. Lt. John Franklin asks my help in finding the killer. We interview her husband Roland, his daughter by a former marriage who never liked Veronica, and Carlos de la Cuesta, a handsome, black-haired drag queen in love with Roland. Lt. Franklin hypothesizes that a stranger broke into the Vail apartment to steal a painting. Roland confirms that an expensive painting has disappeared. A maid named Lottie Lobell tells us that while looking out the window on the day of the murder, she saw a black-haired man run away from the building carrying a painting. He is found and brought in for questioning. Using purely psychological clues, I confront all the suspects with the truth. The killer collapses under my inquisition, and confesses.